The construction site: a memory for the future

"A memory for the future" is certainly an ambitious goal.

On the one hand, the study launched on the Palazzine Orafi, on the occasion of the centenary of their original construction, aimed at knowing their construction and the techniques used in view of a renovation; on the other hand, the recently completed construction site aimed at the conservation and enhancement of the elements that characterize their architecture in order to restore a reliable memory for the future as well.

The construction site began first of all with the knowledge, through stratigraphic tests of the materials, testimony of that '900 characterized by materials "other" than those traditionally used in past centuries; from the analysis of the transformations that have taken place in the building, up to the definition of the performance and functional needs required by contemporary use.

In the field, the work was aimed at the recovery and enhancement of the decorative concrete parts, a characteristic technique of the early 1900s also known as "artificial stone", cleaned and left in their natural appearance. Continuing with the painting of the façades, with pure silicate paints, to reconstruct the original articulations of the bottom floors, the projections, the columns and the pilasters.

Specific attention was paid to the understanding of windows, which over time have been progressively replaced, also distorting the characteristic relationship between "full" and "empty".

The realization privileged the reconstruction of a "formal and chromatic equivalence", that is to say the respect of the proportions resulting from the size of the frames, the division of the spaces and the coherence of the colors in respect of the relationships that the replaced component had constituted with the original construction.

The façade thus recomposed could not ignore a careful study of the lighting that could discreetly underline the rich compositional apparatus, even in the dim conditions.

A project and an implementation aimed at improving the efficiency of the building while preserving its memory.

For the execution of stratigraphic investigations: Restorer Silvia Baldis Restauri 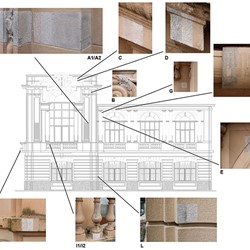 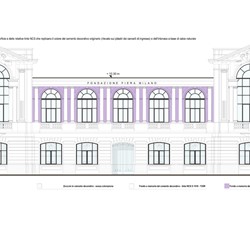 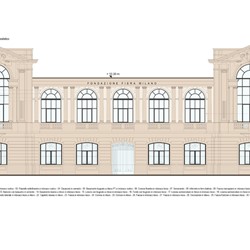 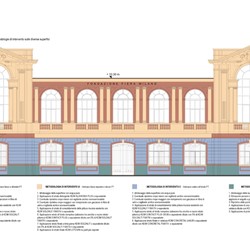 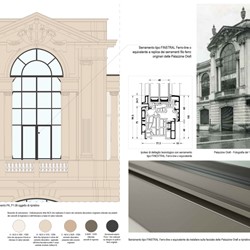 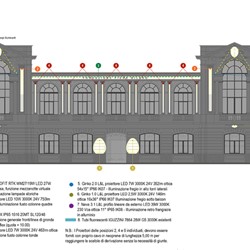